The island was originally called Mont-Tombe but became known as Mont-Saint-Michel in the 8th century, when St. Aubert, bishop of Avranches, built an oratory there after having a vision of the archangel St. Michael. It rapidly became a pilgrimage centre, and in 966 a Benedictine abbey was built there.

Today, Mont Saint-Michel is one of the most-visited tourist destinations in France, part of the UNESCO World Heritage sites and still a pilgrimage destinations, including one of the routes to Santiago de Compostela in Spain. 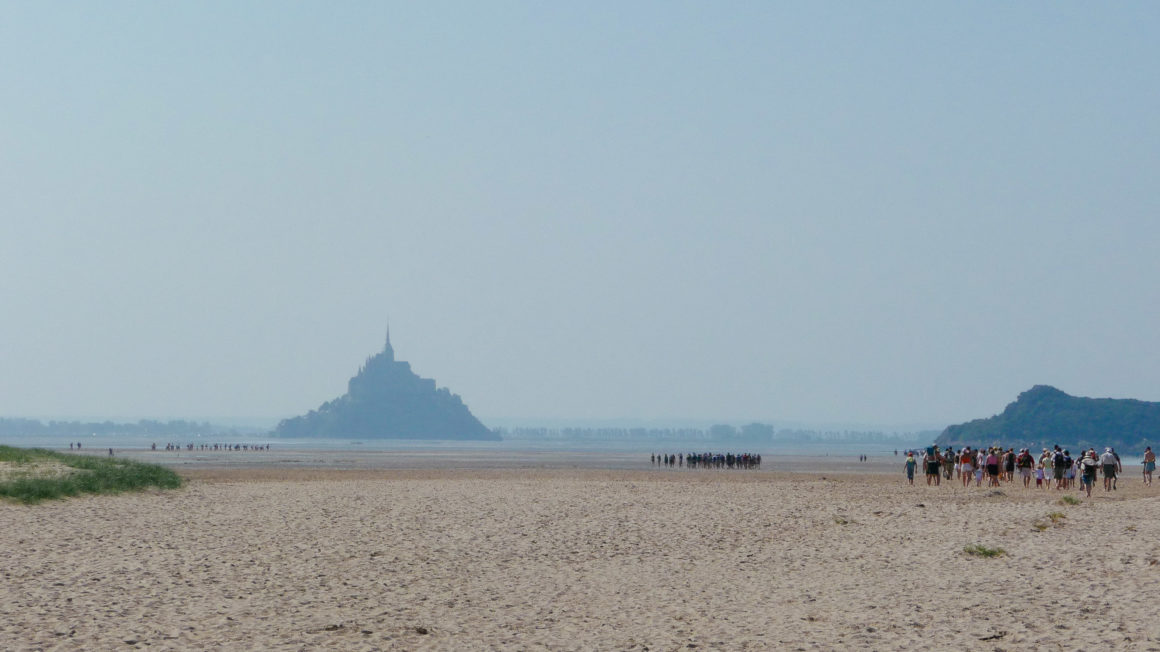